Wanderers ... the most heart-soaring thing you will see today

Wanderers, by Erik Wernquist, brought to everyone's attention by io9.com is an amazing short film. This is why I love science fiction. Beautiful. Worth every second of the four minutes it will take to watch.

(Linked to Youtube because Vimeo is just flaky for me.)

Posted by BillSmithBooks at 8:30 PM No comments:

There was much anticipation Friday with the release of the first trailer for next Christmas's Star Wars: The Force Awakens. (Apparently being "Episode VII" just isn't cool. Grumble.) 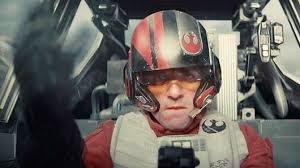 Overall...meh. I have high hopes that the new Star Wars movie will be awesome. JJ Abrams, Disney...yeah, they have a good-to-great track record. I mean this could be really cool, Star Trek: Into Darkness not withstanding.

The trailer had some "gee, maybe this will be cool" stuff in it, but nothing that made me squee with joy.

And I could really do without the cutesy beachball droid.

But now, we already have Star Wars: The Force Awakens, Special Edition, with all kinds of special enhancements. 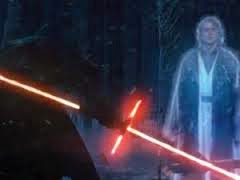 Nods, smiles. I approve.
Posted by BillSmithBooks at 2:32 PM No comments: