This Gift from Mother Nature 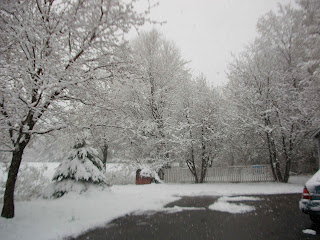 It snows here. It's winter six months of the year up here. I get that.

The month of May starts in a mere 78 hours...three days...and it's time to get the shovel out!

(Still, snow vs. tornadoes, earthquakes, hurricanes, tidal waves, droughts, wildfires...I guess having to shovel in the last week of April isn't so bad.)
Posted by BillSmithBooks at 6:28 PM No comments: